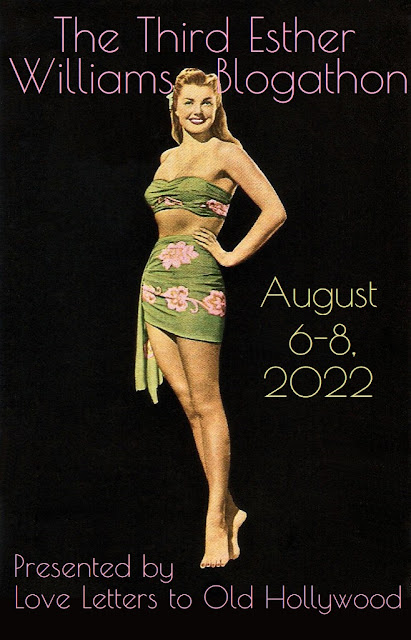 Happy Esther Williams Weekend! I am so delighted that we'll be celebrating Esther for the next three days, including her 101st birthday on the 8th. An unforgettable talent, brilliant businesswoman, and wonderful role model, Esther has been thrilling audiences for years and her influence is still felt today. I love this woman to pieces, and I can't wait to read what all of the participants have to say about her. Participants, please leave a comment below once you are ready to submit your entry and I'll try to post them as soon as I can. 18 Cinema Lane |  Easy to Wed  (1946) Love Letters to Old Hollywood | personal Esther collection Box Office Poisons |  Esther's restaurant The Trails The Stop Button |  The Hoodlum Saint  (1946)
5 comments
Continue » When I was working on my master's thesis on Esther Williams a few years ago, I wanted to find materials that would really help me dive deep into her stardom, her onscreen persona, her real life, and her films. I started with random searches on eBay and realized I had been missing out on a wealth of ephemera and photos for who knows how long. As a die-hard fan and someone who hopes to publish a book on Esther someday, I've amassed quite the collection these past couple of years and thought it could be fun to share some of my favorite purchases! _______________________ Throughout her career, Esther was one of the biggest box-office stars around and she adorned hundreds of magazine covers, usually in a swimsuit. I only have a dozen or so magazines in my collection because they can be quite pricey or in terrible shape, but these three are some of the more unique ones I've come across. The  College Life  issue is actually from when Esther was still a champion swimmer, which is
Post a Comment
Continue » 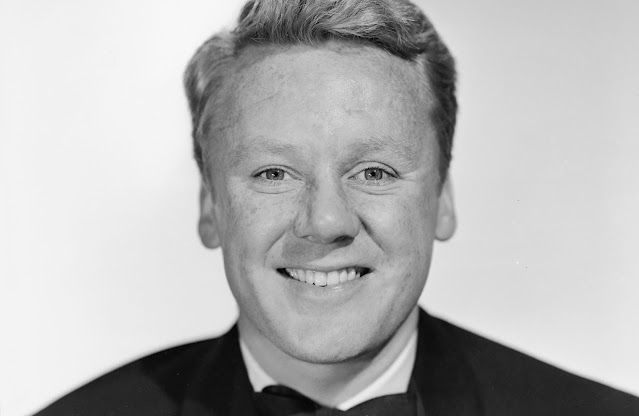 It's time to announce the return of one of my favorite events: my Van Johnson blogathon! MGM's Golden Boy, America's Sweetheart, and the bobbysoxers' dream man, Van is one of classic Hollywood's most underrated talents, which makes me all too glad to host this annual three-day tribute to him. The rules are simple: talk about Van. You can discuss his films, his TV appearances, his stage work, or his personal life -- just remember to be kind! Also, a topic can only be taken a maximum of two (2) times. I would love for this to be a diverse celebration of Van because he more than deserves it. To join, please leave me a comment, select a banner below, and I'll see you in August! List of Participants Love Letters to Old Hollywood | TBD Whimsically Classic | Van's friendship with Lucille Ball and Desi Arnaz Realweegiemidget Reviews | Concorde Affair '79  (1979) The Stop Button | Battleground (1950) Make Mine Noir | Scene of the Crime (1949) 18 Cinema Lane |
15 comments
Continue » 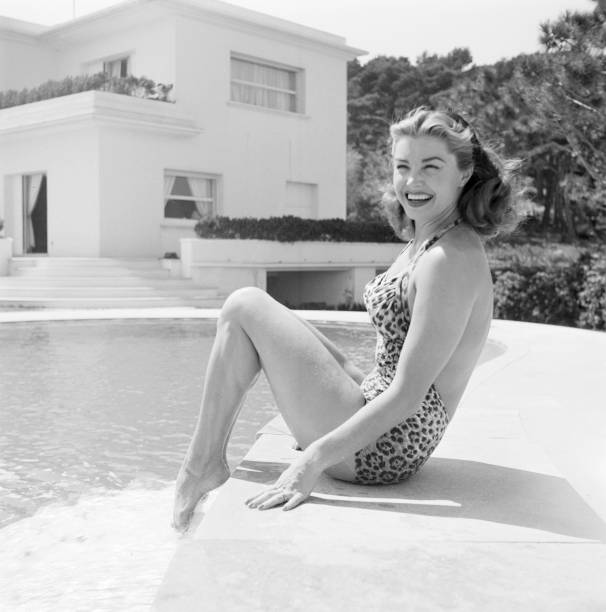 For the third year in a row, I'm very excited to bring back my Esther Williams blogathon! I never imagined this event would be popular enough to be an annual thing, but it has made me beyond happy to read others' thoughts on the woman I could never imagine living without these past few years. Because Esther's filmography isn't very large, I'll allow any topic to be claimed a maximum of two (2) times . That being said, you can cover more than her films, such as her autobiography, her history with swimsuits, her TV work, an overview of her teamings with people like Busby Berkeley, Red Skelton, Ricardo Montalbán, etc. I will say that if any of her work with Van Johnson is taken the maximum number of times, I'll still be holding my annual Van blogathon in August (which I'll be announcing very soon), so you'll have another chance to cover it. Again, because the topics are a bit more limited than my usual blogathons, there will be a max limit of three (3) po
15 comments
Continue »
More posts