Showing posts from May, 2016
Show all

Scattered thoughts on An American in Paris (1951) 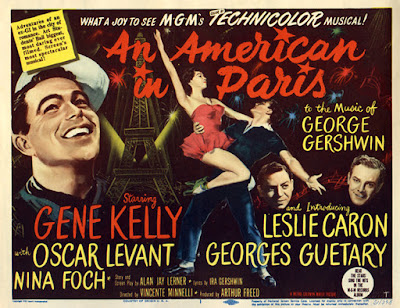 What better film to begin my trip with? As some of you may know, I'll be studying in Europe this summer, starting with four weeks in Paris. Two days ago, I landed at the Charles de Gaulle Airport and it's been...overwhelming. I'll write a post on Paris at the end of my stay here, so for now I'll just say that there are a lot of mixed feelings. It's only day two, after all! Even though I'm stepping away from writing blog posts during this time to focus on other exciting things, I've written things in advance so I wouldn't deprive my blog for two whole months. Plus, the blogathon addiction is very real. So, for my first film from my hiatus, I'm going to be babbling about An American in Paris . S'wonderful, is it not?
12 comments
Continue »

Astaire and Rogers let themselves go in... Follow the Fleet (1936) 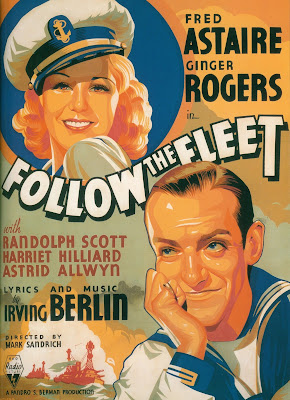 Yesterday, we swam around the pool with Esther Williams . Today, we match taps with Fred and Ginger. Follow the Fleet is, to me, pretty underrated. Sometimes it can feel like all you hear about is Top Hat, Swing Time , and The Gay Divorcee , which are all great films, but come on, there's more out there. Like Follow the Fleet . Effervescent, silly, and very easy on the eyes and ears, this film is one of my go-to's whenever I'm having a bad day. I typically give Top Hat as my favorite Astaire-Rogers flick, but honestly, it and Fleet switch back and forth. This doesn't mean that the film is faultless. Its second leads, Randolph Scott and Harriet Hilliard, have a somewhat insipid storyline and their characters aren't the best. Hilliard, later Mrs. Ozzie Nelson, depends too much on Scott's character, while he is, well, a jerk. But I promise you, they're small blimps in comparison to all that's great about the film. (If I'm being frank, instead
12 comments
Continue »
More posts