Showing posts from October, 2015
Show all

Deanna Durbin juggles murder and romance in... Lady on a Train (1945) 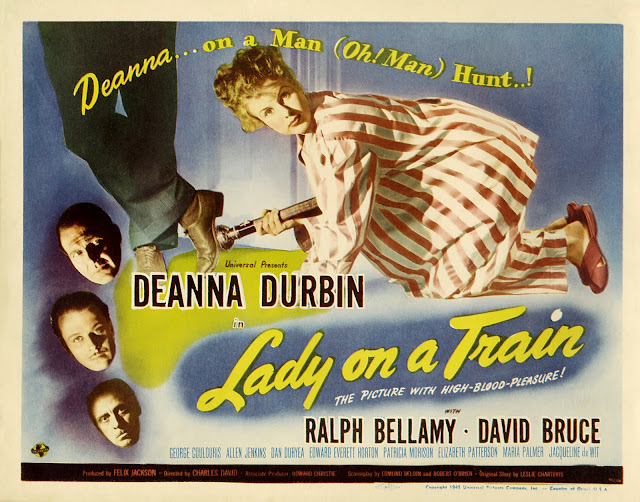 Ever since I became a classic film fan, I've been hearing about Deanna Durbin. Since The Wizard of Oz was a giant favorite of mine, and since Durbin was the unofficial rival of Judy Garland, I was steadfast in believing that Durbin wasn't for me. It honestly made no sense, I know. I never had any interest in Ms. Durbin until this year's 1947 Blogathon , where I read a piece about Something in the Wind , an appealing picture starring Durbin, John Dall, and Donald O'Connor. I don't know what happened, but suddenly I couldn't wait to get my hands on anything Deanna Durbin. I bought a collection of her films (found here ) and I fell in love. This gal was sweet and cute, but also smart and scrappy -- and yes, she could sing. Lady on a Train is one of her best, and in the spirit of Halloween, I thought it was a good time to bring you some murder and mayhem (of the fictional kind, of course). By the way, there will be major spoilers throughout this post, so if you
15 comments
Continue »
More posts