Showing posts from June, 2019
Show all

Clark Gable and Constance Bennett spar in... After Office Hours (1935) 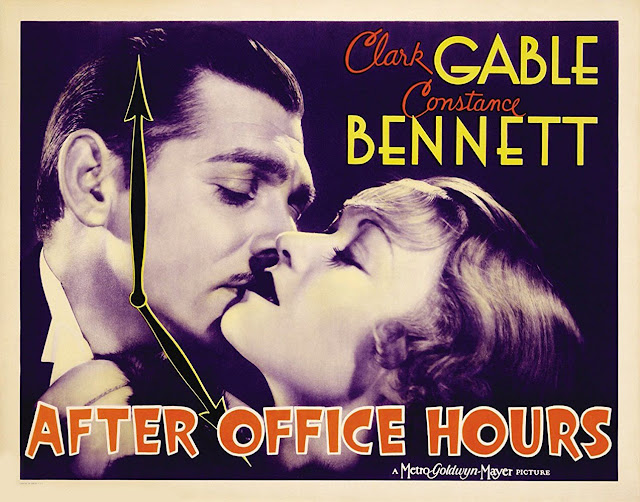 Sharon Norwood: "You know, you're a strange man. I wonder if by any chance you could be nice?" Jim Branch, imitating Popeye: "I yam what I yam, just a newspaper man. Nothing more and I hope nothing less." Is there any other actor who became so identified with a profession like Clark Gable did with newspapermen? As a man who excelled at fast-talking, mischievous characters who never lost their charm, it is easy to see why the actor was cast time and time again as a man in the newspaper industry. After winning an Oscar for his iconic performance as reporter Peter Warne, Gable would star as newspaper editor Jim Branch in After Office Hours , a little-known gem in the King of Hollywood's filmography. It's a bit difficult to define what genre After Office Hours belongs to. What starts as a romantic comedy turns into a murder mystery (which isn't quite a mystery because the audience knows who the killer is), with a few elements of screwball c
16 comments
Continue »
More posts