Showing posts from May, 2018
Show all

The Stage Career of Vincent Price 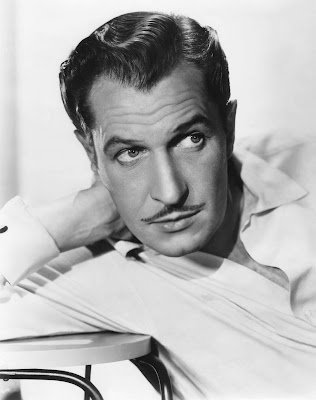 Vincent Price was many things: a gourmet cook, a bestselling author, a horror icon, a prominent supporter and collector of art, a world traveler, and the voice from "Thriller." He was also, of course, a prolific actor, someone who had literally thousands of appearances on TV and radio under his belt in addition to a remarkable film career. And then there is what he accomplished on the stage. The theatre was one of Price's greatest loves, and I think it's safe to say that the theatre loved him back. It all started in London, where Price was working to complete his Master's degree in art history. Although he was crazy about art, he enjoyed going to plays and became interested in the idea of acting. One day, his flatmate told him about auditions that were being held at a private theater club for Maurine Watkins's play Chicago . Price would always claim that he won his first role because he could walk and chew gum at the same time, a skill that the British ha
11 comments
Continue » 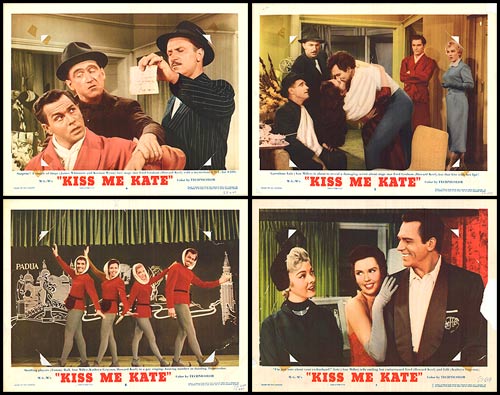 The Sound of Music. Singin’ in the Rain. The Wizard of Oz. Cabaret . When people talk about the best movie musicals, these are often the titles that you’ll hear. In my opinion, there is one glaring omission: 1953’s Kiss Me, Kate . The property first opened on Broadway in 1949 and wound up winning the first Tony Award for Best Musical. When it came time for the show to be made into a film, it found the perfect studio in MGM, which produced the finest, sleekest musicals in all of Hollywood. KMK is first-class all the way with direction by George Sidney, choreography by Hermes Pan (Fred Astaire’s frequent collaborator), a screenplay adapted by Dorothy Kingsley from Samuel and Bella Spewack’s Tony-winning script, and a cast that can’t be beat. Kiss Me, Kate , or KMK , is a brilliant mixture of William Shakespeare and Cole Porter. Represented in the film by Ron Randell, Porter has a musical version of The Taming of the Shrew called Kiss Me, Kate that he brings to Broadway director
6 comments
Continue »
More posts