Showing posts from February, 2016
Show all

When I Met Harry and Sally... 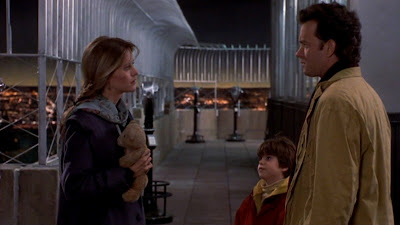 The second I discovered classic movies, I put myself through total immersion -- I had to watch as many as I could and I had to do it as soon as possible. I've been immersing myself in movies pre-1969 for about a decade now, and as such, I'll admit I've developed the opinion that post-1969 films just aren't that great. There are some that I enjoy; I mean, I devoted a post to a few of them . Disney has always been tops, so their films are untouchable, but in general, I'm quick to say that you just can't beat the Golden Era in any aspect. Recent movies have to really, really catch my eye if they want my attention (and my money). So it was with trepidation that two years ago I watched Sleepless in Seattle . Romantic comedies are my sweet spot, and I've been hearing praise for this flick for most of my life. It was set up as part of a series of brilliant, beloved 1990's-early 2000's rom-coms, shining alongside Notting Hill , Four Weddings and a Funer
6 comments
Continue »

Guess I need to start brushing up on my French...

Because I'm going to Paris and Prague! For almost three weeks now, I've been bursting to share the news. I wanted to be sure everything was right and my acceptance letter wasn't a fluke, but finally it's been settled -- from late May to mid-July, I'll be studying French and Czech cinema, four weeks in Paris and four weeks in Prague. FOUR WEEKS IN PARIS. I honestly don't think it's all sunk in yet. I have been trying to get to France for almost a decade now, and the fact that I get to study cinema while basking in the glory of Paris is too much to comprehend. On top of that, part of the program includes two three-day weekend trips, one to London and one to Madrid. Are you kidding me?! Because I'll be swamped with classwork, stuffing my face with pastries, falling in love with a Frenchman, and just generally having my eyes pop out in wonder every five minutes, I'm not going to be able to update the blog during my trip. However, I wouldn'
6 comments
Continue »

Everything is abby normal: Young Frankenstein (1974) 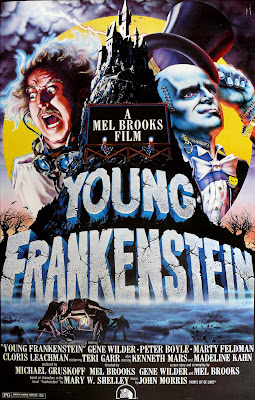 Frederick Frankenstein (Gene Wilder) is haunted by his family's past. His grandfather, Victor, was the infamous madman who brought a man back to life, only to have it terrorize a village. Because of this, Frederick wants nothing to do with the Frankenstein name, changing the pronunciation of it to further himself from that horrific event. News of his inheritance of the Frankenstein castle lures Frederick to Transylvania, though, where he realizes that he can't escape his destiny. Aided by the hunchbacked Igor (Marty Feldman) and his gorgeous lab assistant Inga (Teri Garr), and secretly egged on by the terrifying Frau Blücher (Cloris Leachman in a role based on Rebecca 's Mrs. Danvers), Frederick succeeds in recreating his grandfather's experiment and brings to life his own monster (Peter Boyle). The townspeople are outraged that the scientist is trudging up the past, so they have Inspector Kemp (Kenneth Mars) investigate the matter. Just when things couldn't get
10 comments
Continue »

The Inevitability of George Bailey and Mary Hatch. 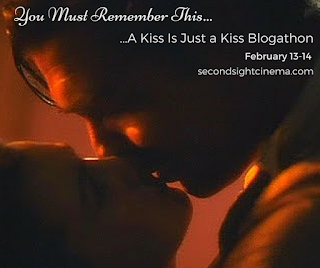 I've often described myself as a hopeless romantic, or as Yves Montand perfectly said, "I'm incurably romantic." One of the greatest joys in life to me is seeing the glamorous leading lady and her handsome leading man coming together, a union that is (almost) always gloriously sealed with a kiss. Luckily, Second Sight Cinema is celebrating all kinds of cinematic kisses with the "You Must Remember This... A Kiss is Just a Kiss" Blogathon. Valentine's Day weekend wouldn't be complete without checking out the great roster here .
10 comments
Continue »
More posts