Showing posts from November, 2016
Show all

The Friendship of Victoria Grant and Carroll Todd.

Friendships in the movies have been varied. You have the perfect best friends, like in Gentlemen Prefer Blondes , or the not-so-perfect ones, like in Old Acquaintance -- you even have the friendships that are liable to get you killed, such as The Sting, Butch Cassidy and the Sundance Kid , and Harper (I don't know what Paul Newman did, but apparently he pissed some people off. Is it jealousy over the blue eyes?). For me, the gold standard is Victor/Victoria , Blake Edwards's wonderful 1982 comedy, starring three of my favorite people: Julie Andrews, Robert Preston, and James Garner. It's almost too good to be true.
4 comments
Continue » 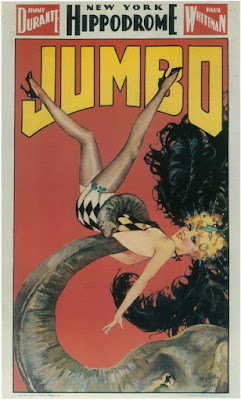 In 1935, showman Billy Rose staged a gigantic show appropriately titled Jumbo at the New York Hippodrome. Rose wanted the best, hiring Ben Hecht and Charles MacArthur to write the script, George Abbott to direct, Jimmy Durante to star, Paul Whiteman to conduct, and Rodgers and Hart to write the score. With over a dozen circus acts and about 1,000 animals in the cast, Jumbo was posed to be a smash. Except it wasn't. The show ran for just five months and Rose had a hard time recuperating the costs, mainly because the show was so big that it kept absorbing any profit that it could have made. In 1943, MGM bought the rights to the show, with Arthur Freed planning to turn it into a Judy Garland-Mickey Rooney vehicle. Later in the 1940's, it was thought that Garland and Frank Sinatra would give it a go (!!!). Then in 1947, Jumbo was supposed to be longtime choreographer Charles Walters's directorial debut, but instead he was given Good News . In 1952, after Singin'
6 comments
Continue » 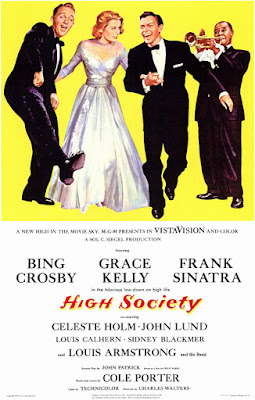 The first thing that comes to mind when you think of High Society is probably its predecessor, The Philadelphia Story . Every classic film fan has their own opinion about which is better, what works and doesn't work in the other, et cetera. I'm not really interested in that. Instead of comparing the films, I want to look at the merits of just one of them. (I'll admit upfront that I prefer The Philadelphia Story . The three leads are three of my favorite people who ever walked on Earth, for one thing. Funnily enough, my sister hates the 1940 film and enjoys High Society infinitely more.) I've never had the urge to vilify High Society for daring to be a remake of a pretty fantastic movie. They're allowed to co-exist, especially because they are both wonderful in their own ways. First off, High Society gets major points for pairing Frank Sinatra and Bing Crosby, two of the best and most influential entertainers of the 20th century. I love this duo for a few
13 comments
Continue »
More posts