Showing posts from April, 2021
Show all

The Simple Pleasures of Lullaby of Broadway (1951) 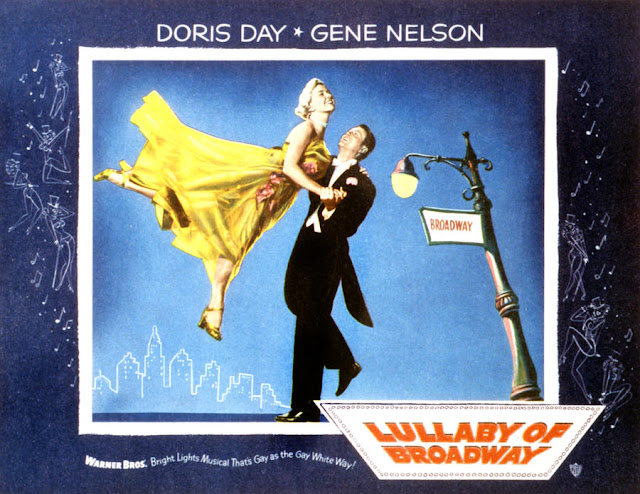 An adorable musical co-starring Doris Day and Gene Nelson, Lullaby of Broadway has long been one of my low-key favorites from Day's filmography. The film follows singer Melinda Howard (Day) as she returns to New York to reunite with her mother, the famous stage star Jessica Howard (Gladys George). Arriving at her mother's house, Melinda meets Lefty and Gloria (Billy De Wolfe and Anne Triola), a pair of vaudevillians who are working as the butler and maid. Lefty informs Melinda that Jessica is on tour and leasing her mansion to the wealthy Hubbells (S.Z. Sakall and Florence Bates), but the truth is that Jessica has become an alcoholic and sings in a Greenwich Village dive bar. When she is admitted to a hospital for her alcoholism, her old friend Lefty helps keep up the charade and loops in Mr. Hubbell, a sympathetic, darling man who winds up casting Melinda in a Broadway show he is backing. Things seem pretty sunny for Melinda as she falls for her leading man, Tom (Gene Nelson)
6 comments
Continue »
More posts