Showing posts from October, 2018
Show all

The 100 Years of Rita Hayworth Blogathon is here! 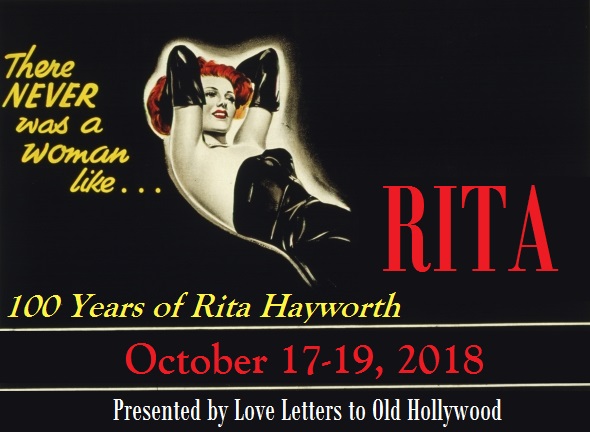 I don't know about you guys, but life has been super crazy lately, so much so that I haven't been able to really join any new blogathons and keeping up with my favorite bloggers has been tough. Things won't be slowing down any time soon, unfortunately, but that just makes me all the more thrilled to be honoring the one and only Ms. Rita Hayworth for the next three days. Participants, please leave me a comment below with the link to your post. I will try to get to everyone's posts as soon as I can, but if I'm a bit delayed in updating the roster or commenting on your entry, please understand that I'm not ignoring you -- I just haven't gotten to it yet and I will as soon as I can! Silver Screenings starts things off with a look at Rita and Fred Astaire's first film, You'll Never Get Rich (1941) . I review Fred and Rita's second and final collaboration, You Were Never Lovelier (1942) . Angelman's Place brings Frank Sinatra a
17 comments
Continue »

In the early 1940s, Fred Astaire was already a legend, thanks to his massively successful teaming with Ginger Rogers. Amazingly enough, although the actor had conquered vaudeville, Broadway, and Hollywood, he still had many more iconic achievements to look forward to. Rita Hayworth, on the other hand, was just beginning her rise to film stardom when she was first paired with Astaire for 1941's You'll Never Get Rich . As Fred tells it, "Gene Markey, then a producer at Columbia Pictures, asked me to discuss an idea about working with a little girl they had under contract there. She was primarily a dancer, he said, and sure to become a terrific star. She had only done a few B pictures up to that time. Her name was Rita Cansino -- recently changed to Hayworth. I had heard about this beautiful daughter of my old vaudeville-days friend Eduardo Cansino." Time passed, though, and Astaire began to wonder why he hadn't heard from Markey again until he read that the pr
13 comments
Continue »
More posts