Showing posts from January, 2017
Show all

In Praise of Cary Grant. 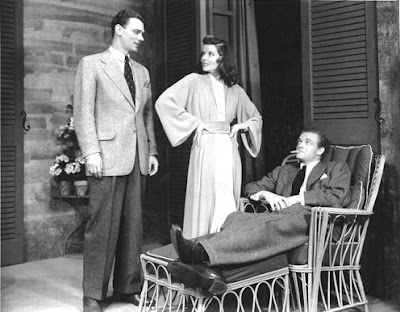 When you think of The Philadelphia Story , your first thought is likely of Katharine Hepburn. Who can blame you? Hepburn had a stunningly powerful cinematic presence, and The Philadelphia Story is without a doubt her film – playwright Philip Barry wrote it for her, after all. However, in order for the movie to be successful, Hepburn needed to be matched with two actors who wouldn’t be totally devoured by her. On Broadway, she had Van Heflin and Joseph Cotten (can I travel back in time to see that?); on film, she wanted Clark Gable and Spencer Tracy, but what she got was just as wonderful: Jimmy Stewart and Cary Grant. As Mike Connor, the jaded reporter who becomes enchanted by Hepburn’s socialite Tracy Lord, Stewart won the Academy Award for Best Actor. Hepburn was nominated for Best Actress and Ruth Hussey, playing Stewart’s quick-witted photographer girlfriend Liz, found herself nominated for Best Supporting Actress. The odd man out here is Cary Grant, a statement that feel
Post a Comment
Continue »

Lombard and MacMurray fall head over heels in... Hands Across the Table (1935) 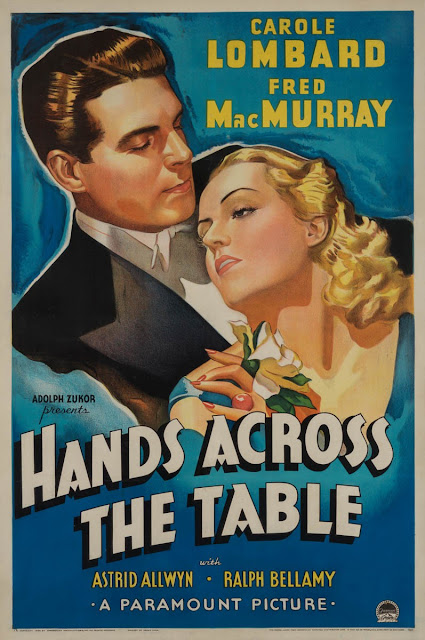 Crafted around the comedic talents of Carole Lombard, Hands Across the Table is a charming romantic comedy that contains a trio of sensitive, fabulous performances from Lombard, Fred MacMurray, and Ralph Bellamy. This film marked the first pairing of Carole and Fred, although she originally wanted Cary Grant (scheduling conflicts made it impossible). Lombard had heard of MacMurray before, but not as an actor -- she knew him from his saxophone playing in nightclubs! The duo would make three more films together: The Princess Comes Across (1936), Swing High, Swing Low (1937), and True Confession (1937). Personally, this is my favorite of their pictures. Regi Allen (Lombard) and her friend Nona (Marie Prevost) are practically pushed out of the busy city subway as they make their way to their jobs at the ritzy Savoy Carlton Hotel, where they work as manicurists. Upon arrival, Regi is informed that room 1502 needs her; knowing that that suite is particularly pricey, Regi asks h
13 comments
Continue »
More posts