Showing posts from November, 2015
Show all

The Ballad of Martha and Henry, or Heaven Can Wait (1943) 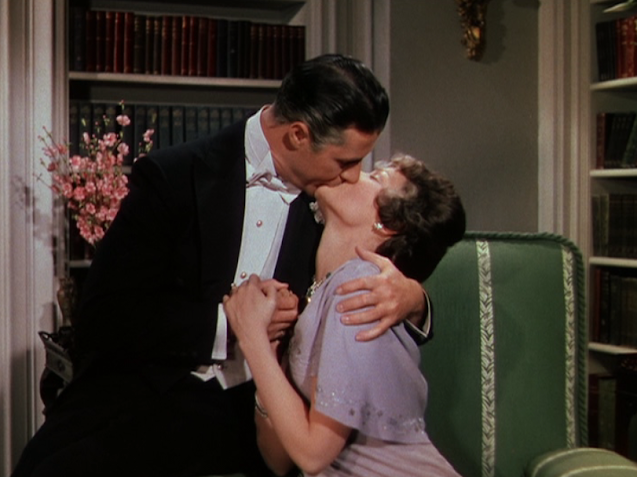 When I think of Ernst Lubitsch, I think of dreamy black and white creations, with a twinkly-eyed Maurice Chevalier seductively singing, lovers running around and trying to get their act together, all of it handled with a light touch and a feeling that love is the greatest game in the world. Who wouldn't want to live in a universe run by Lubitsch? I'll admit I'm not a connoisseur of the director's works -- they haven't been as readily available to me as I would like -- but I'm a reader and so I've conjured up ideas of what a definite Lubitsch film is. That's why Heaven Can Wait threw me for a bit of a loop. Tender, devastating, and rendered in stunning Technicolor, Heaven Can Wait is a film that I never expected. Since we're all friends here, I'll be honest with you... I just wanted to see two of my favorite actors, Don Ameche and Gene Tierney. That's what fueled my late-night decision to buy the DVD during an exciting Criterion onlin
12 comments
Continue » 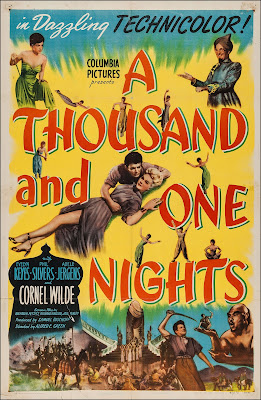 TCM has introduced me to countless movies, as I'm sure it has to many others. I owe the majority of my film knowledge to the channel, and while not every film is an absolute gem, there are quite a few that turn out to be spectacular: Kiss Me, Kate, Vivacious Lady, The Affairs of Dobie Gillis, Rebecca ... and today's film, 1001 Nights . If you've never heard of it, I'm not surprised, although I'm certainly hoping to persuade you to give it a chance. A comedic take on the familiar Arabian Nights -style fare, 1001 Nights is a movie that deserves to be more well-known. It's not even released on DVD! While it resides in my DVR, I had to rent it on Amazon Instant just to get my screenshots -- there was no way I was taking photos of my TV on this one, the Technicolor is seriously that good. Let's get to it! Petty thief Abdullah (Phil Silvers) makes the rounds in the village marketplace, stealing jewelry and wallets left and right. The villagers think he is
12 comments
Continue »
More posts