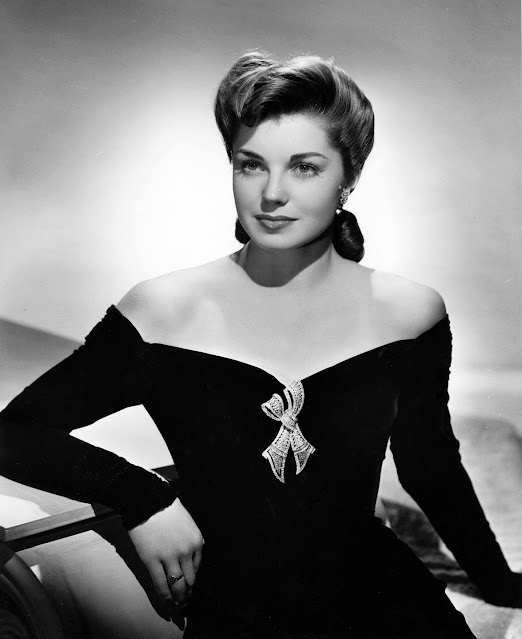 There have been quite a few centennials to honor this year -- Lana Turner, Donna Reed, Jane Russell, Judy Holliday, Dirk Bogarde -- but there is one I'm especially excited to celebrate: Esther Williams!

To commemorate this gorgeous human being's 100th birthday, I'm bringing back my Esther blogathon from last year, which ended up being such a lovely way to honor her legacy.

Because Esther's filmography isn't very large, I'll allow any topic to be claimed a maximum of two (2) times. That being said, you can cover more than her films, such as her autobiography, her history with swimsuits, her TV work, an overview of her teamings with people like Busby Berkeley, Red Skelton, Ricardo Montalbán, etc. I will say that if any of her work with Van Johnson is taken the maximum number of times, I'll still be holding my annual Van blogathon in August (which I'll be announcing very soon), so you'll have another chance to cover it.

Again, because the topics are a bit more limited than my usual blogathons, there will be a max limit of three (3) posts per person.

This probably goes without saying, but I won't accept any posts that are disrespectful to Esther.

The event will be on August 6-8 since the 8th is Esther's birthday. You can post on any of the three days of the blogathon, or you can post early! I only ask that you be sure to send me your link and I'll try to post it as soon as possible.

Now grab a banner, spread the word, and I'll see you in August! 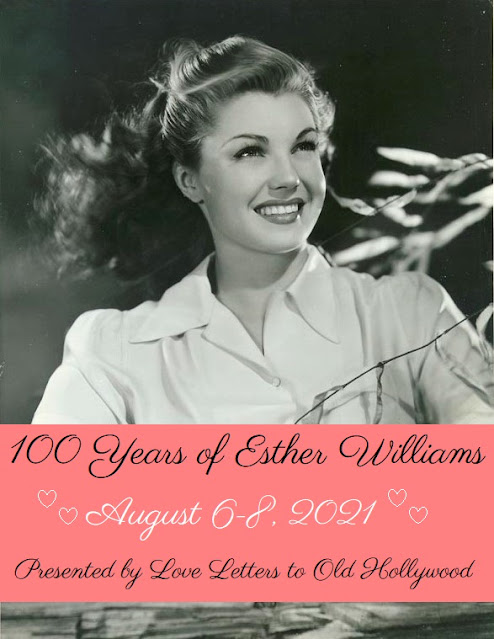 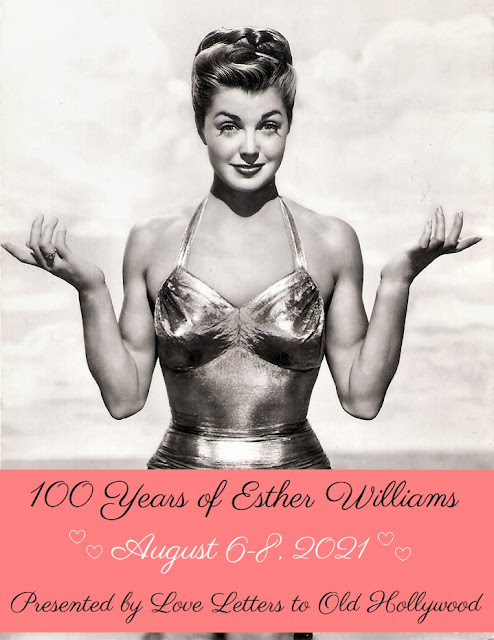 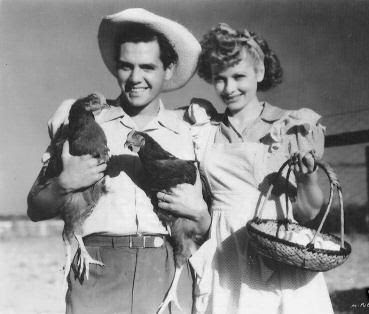 Let me preface this by saying I set myself up for failure on this one. So much as been written about Lucille Ball and Desi Arnaz -- books, movies, TV specials, great blog posts. I can't possibly include all of the vast information I have at my fingertips, so if you're at all intrigued by my post, good news: there is a wealth of material out there. The Ball-Arnaz relationship was messy and sometimes hurtful, but it all came from two people who loved each other more than they could say. Their marriage brought them a legacy that transformed them into icons, yet they weren't the Ricardos -- they were Lucy and Desi, fallible people who ultimately couldn't stay together. "Man, that's a hunk of woman!" That's what a handsome 23-year-old Cuban said when he saw a gorgeous 28-year-old redhead in 1940. Wearing a tight gold lamé gown with a slit down the center to show off her legs and sporting a fake black eye and loose hair, Lucy had been filming for Da
Continue » 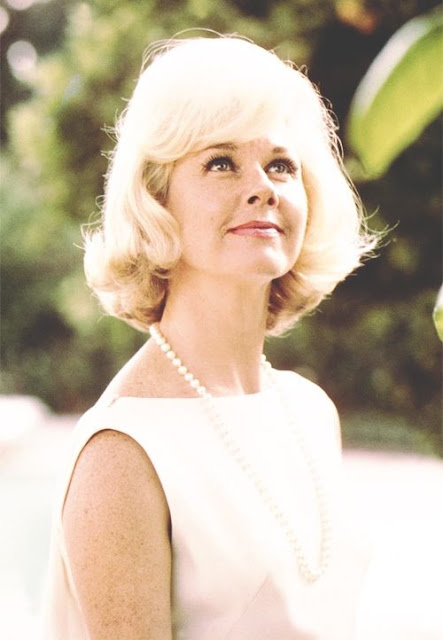 Well, long time, no see! Life has made it hard to keep up with my blog, but I'm going to try my best to stick with my annual blogathons, including my Doris Day one. This year is particularly special because it's going to be Doris's centenary ! The rules are the same as they have been: you can write about anything relating to Doris -- her films, her music, her personal life, her work with animals, her role as a style icon, the list goes on! I also won't limit how many posts you want to do. Because there is so, so much you can write about, I'd prefer no duplicates . Sorry, all, it's first come, first serve. You can post on any of the three days of the blogathon, or you can post early. I only ask that you be sure to send me your link and I'll try to post it as soon as possible. Now grab a banner, spread the word, and I'll see you in April! List of Participants: The Stop Button | Young Man with a Horn (1950) Box Office Poisons | That Touch of Mink (196
Continue » 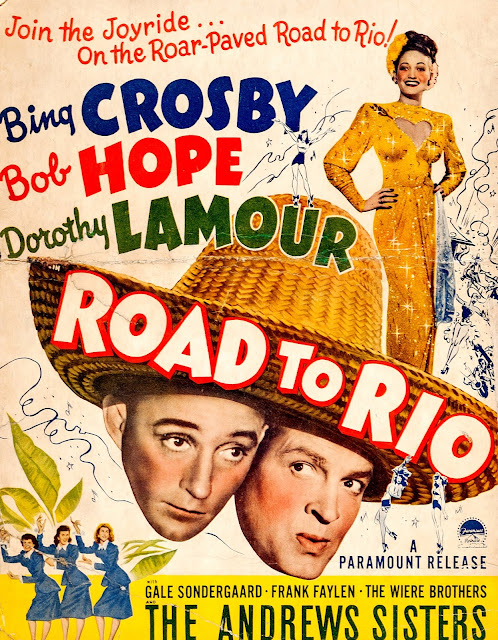 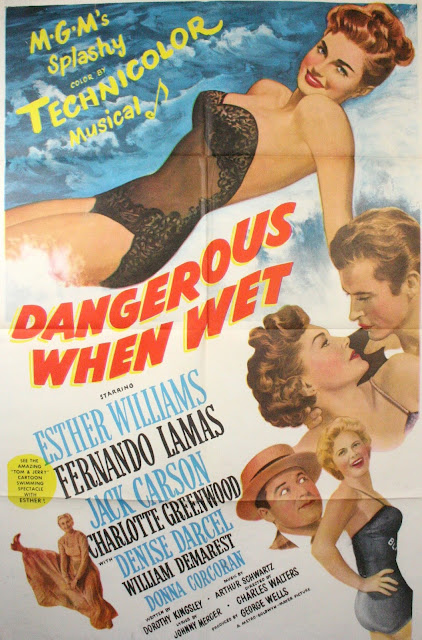 It's a bright, beautiful morning at the Higgins' Arkansas dairy farm. Giving us what may be the sunniest opening to a film ever, the Higgins family -- comprised of Pop (William Demarest), Ma (Charlotte Greenwood), cute little pipsqueak Junior (Donna Corcoran), middle daughter Suzie (Barbara Whiting), and the eldest child, Katy (guess who?) -- leaves the house one by one as they sing "I Got Out of Bed on the Right Side" and march to their swimming hole for their daily exercise routine. When it comes time to jump in the water, though, Katy only dips her toe in and turns her attention to the book she brought, which is such a fun bait-and-switch. Esther Williams is going to read about farming instead of swim?! Finally, Pop tells Katy to do her laps before breakfast. She begrudgingly obliges, and in she goes, baseball cap and all, doing a simple but wonderful underwater swim -- until she suddenly hears some advertisement jingle that breaks her out of her peaceful rou
Continue » 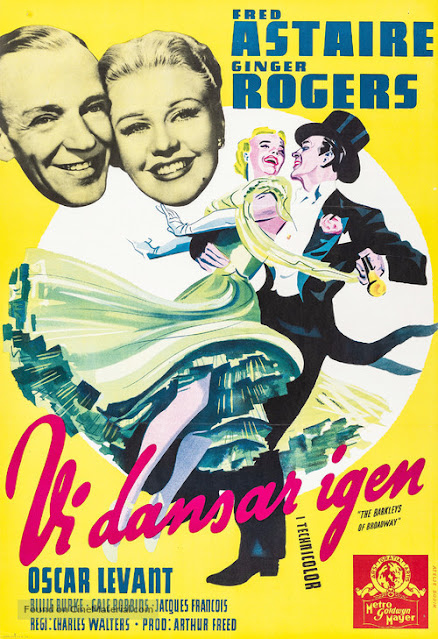 When Fred Astaire and Ginger Rogers danced "The Missouri Waltz" on the set of The Story of Vernon and Irene Castle in 1939, it felt like a historic moment. After six years and nine films, the partnership of Astaire and Rogers seemed to be ending with this final, impossibly beautiful waltz. People from RKO and nearby studios Columbia and Paramount gathered on the set, eager and sad to see this magical pair dance their last steps together. However, as Fred wrote in his autobiography, "Ginger and I never felt that it was any last-time thing. We expected to do another picture or so when the right time came along." Ten years later, that time came when Judy Garland was placed on suspension and forced to drop out of The Barkleys of Broadway . Resting at her Oregon ranch, Ginger received a call from an MGM executive. "Would you have any objections to doing another film with Fred Astaire?" Appalled at the insinuation that she and Fred parted on bad terms, Ginger
Continue » 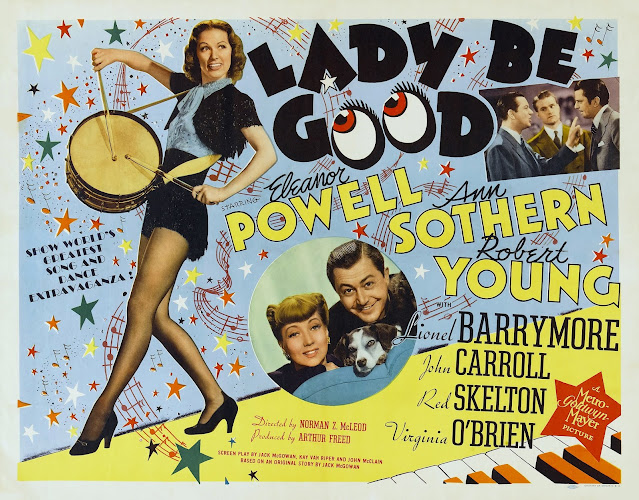